The annual Portland Winter Light Festival (PWLF) occurs every February and is designed to bring folks out of their winter hibernation and into the cityscape with interactive light displays and festivities. The 2022 event showcased over 100 illuminated art installations along with performances and live events.

While the pandemic has tried to put a damper on the latest years, the organizers have found ways to celebrate by spreading out the installations in a decentralized footprint. This year’s event, the seventh iteration of the popular festival, ran over two weeks from February 4-12 across Portland, OR, allowing people to discover their own paths to view the many pop-up installations with less crowds. Several places hosted large anchor art installations throughout the city, like Pioneer Square, where LUMA had their installation.

This year, LUMA partnered with colleagues at PAE to create the life-size piece of art. The internal team, led by Shea Sterner, had the extra benefit of sparking cross-department conversations and ideas, which will continue to be fruitful on future collaborations. Just like the festival, LUMA’s plan had to greatly adjust this year to account for strict COVID protocols, the Omicron spike, a much higher cost of materials, and a shorter timeframe for design and development. Despite it all, the team, pulled off an interactive installation.

The original concept for the artwork, titled “Absence|Abundance,” called for the design of giant Pacific Northwest mushrooms complete with caps, lighted gills, and a starry sky underneath. At an ambitious 16-feet high, the project had to be dialed back extensively due to time and material challenges. In the end, the team used the materials on-hand to pull off a lighted truss structure with a dyed parachute on top and another undyed parachute as the lower canopy hiding a pixel grid light show behind. With the truss structure rented from Show Call Services and extra materials either being returned or reused after, the team was able to cut down on waste while still delivering a dynamic and interactive element.

Despite several quick redesigns and a scaled-back goal, the installation was a hit at the festival. “When you see people dancing under it, and taking pictures with it, you see that it was worth it,” reflected Shea. 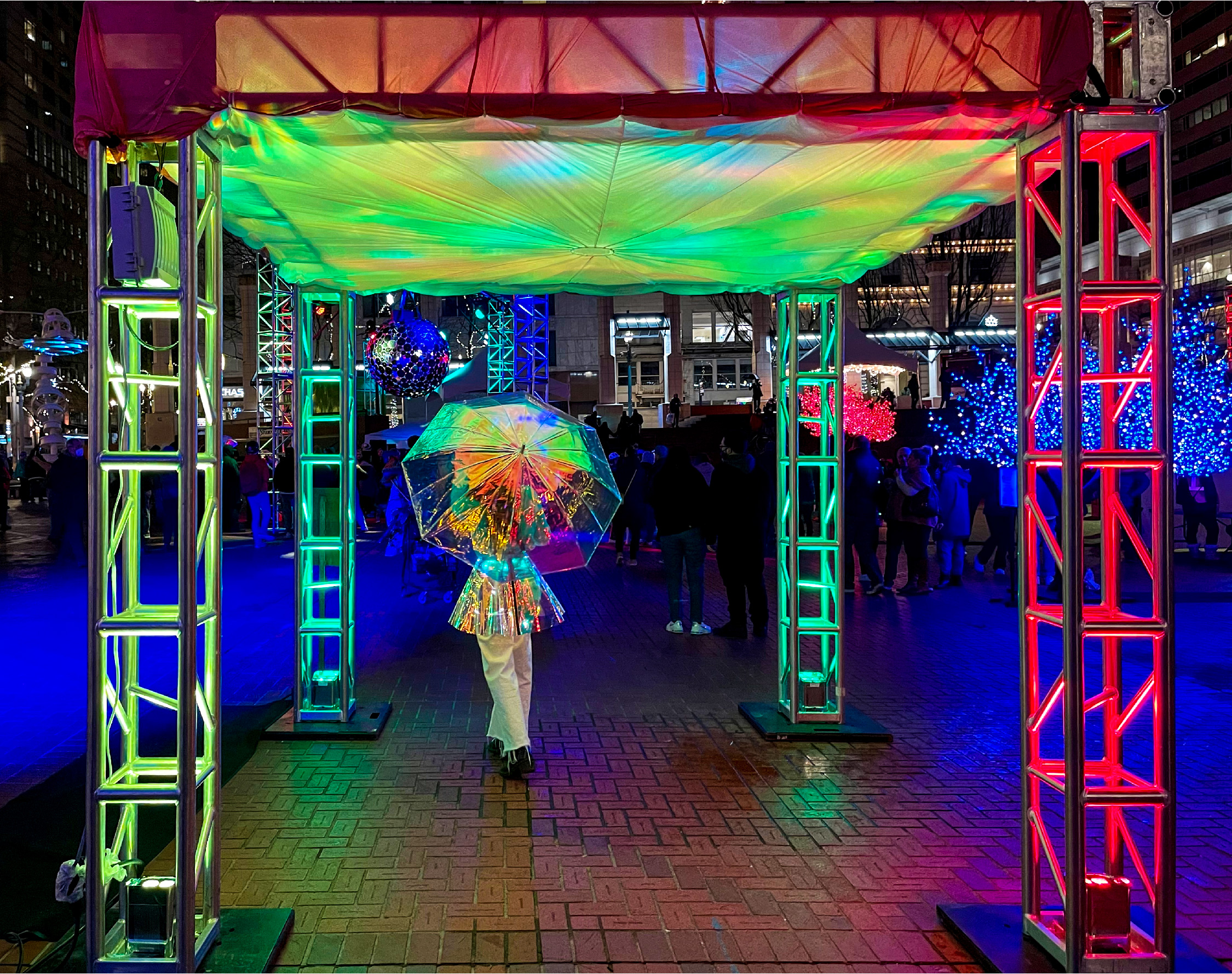