In carrying on a four-year tradition, LUMA participated in the Portland Winter Lights Festival, teaming up with Walker Macy Landscape Architects. The design development meetings kicked off in September of 2018, where they first decided on a 2019 theme and central idea:

Within the concept of ‘Forward’ lies a central focus of "Discovery." Discovery causes one to see something slightly differently than before.

A single shift in one’s position.

A simple change in one’s memory.

What has always been seen, is seen anew, as if for the first time.

After a 4-month design charrette process, the winning plans were decided, which included our LUMA + Walker Macy interactive display. Construction of the 8-foot tall goliaths followed, taking 5 weekends to construct and assemble all the pieces, while troubleshooting any design challenges.

Next, the set-up process. Over 3-days, in the snow nonetheless, the team assembled the 3 structures in specific locations on-site at the OMSI (The Oregon Museum of Science and Industry) capturing precise framed views of Portland.

Everything came to life when white translucent sign fabric was added, and they turned on the lights!

The structures were lit internally from the ground with DMX controlled RGB Acclaim and ETC luminaires. Some of the installations received mylar to accentuate the light reflecting within the voids. Each one had a proprietary light program with changing colors, including rainbow lights in one installation, and fire in another.

The surfaces were constructed in the shape of an S, forming two concave spaces to inhabit. Upon walking into these spaces, one was surrounded on three sides by a black wall, obscuring peripheral vision and ambient light. A single opening in the wall formed an aperture - a view into one’s surroundings framed not by the human eye, but by a custom designed shape.

In such an environment, one could turn their senses inward toward a place of contemplation, focus, and discovery.

Donning thick winter coats in the dead of winter, festival goers did just that, by embracing the public art our team designed, fully engaging with the light, space and view of the city. 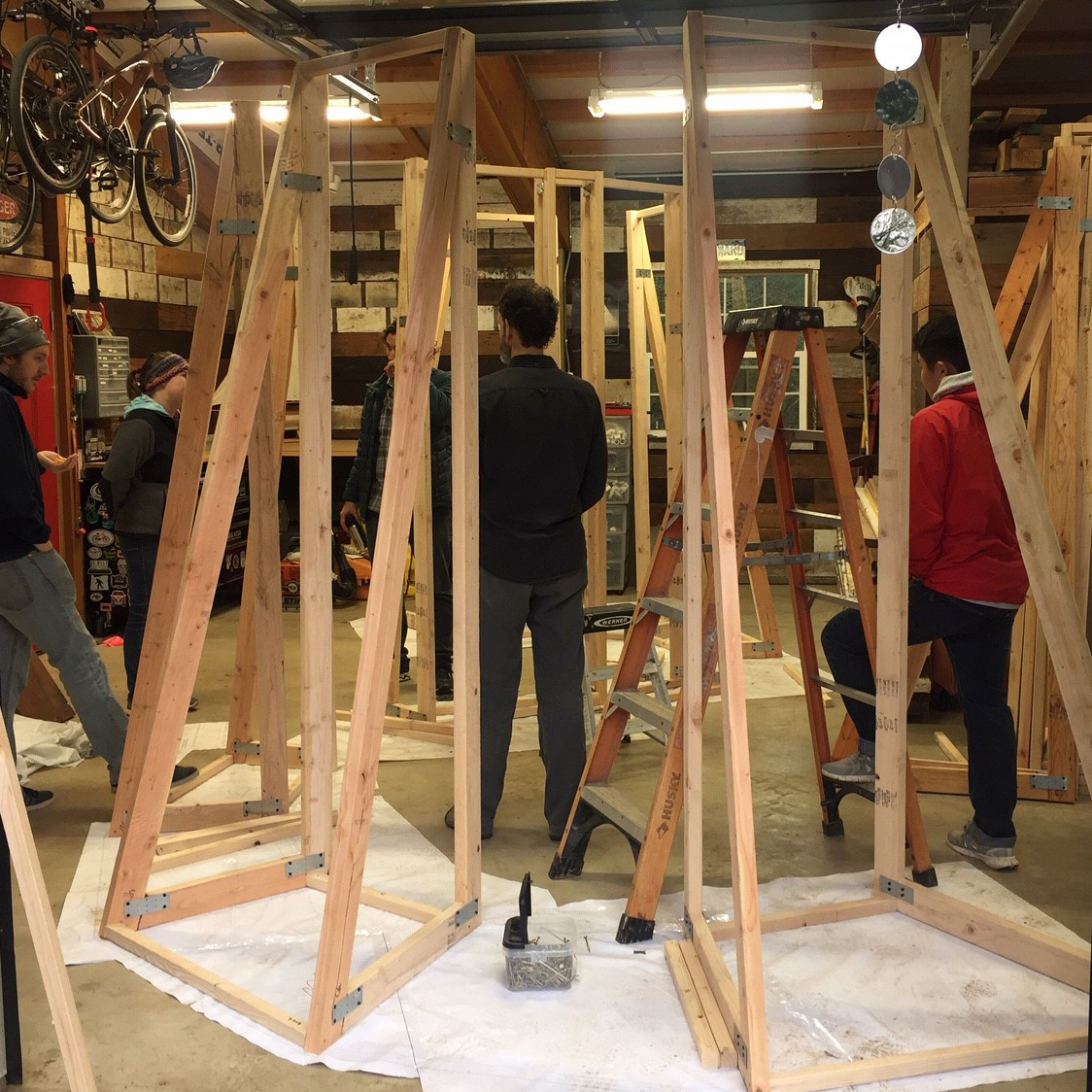 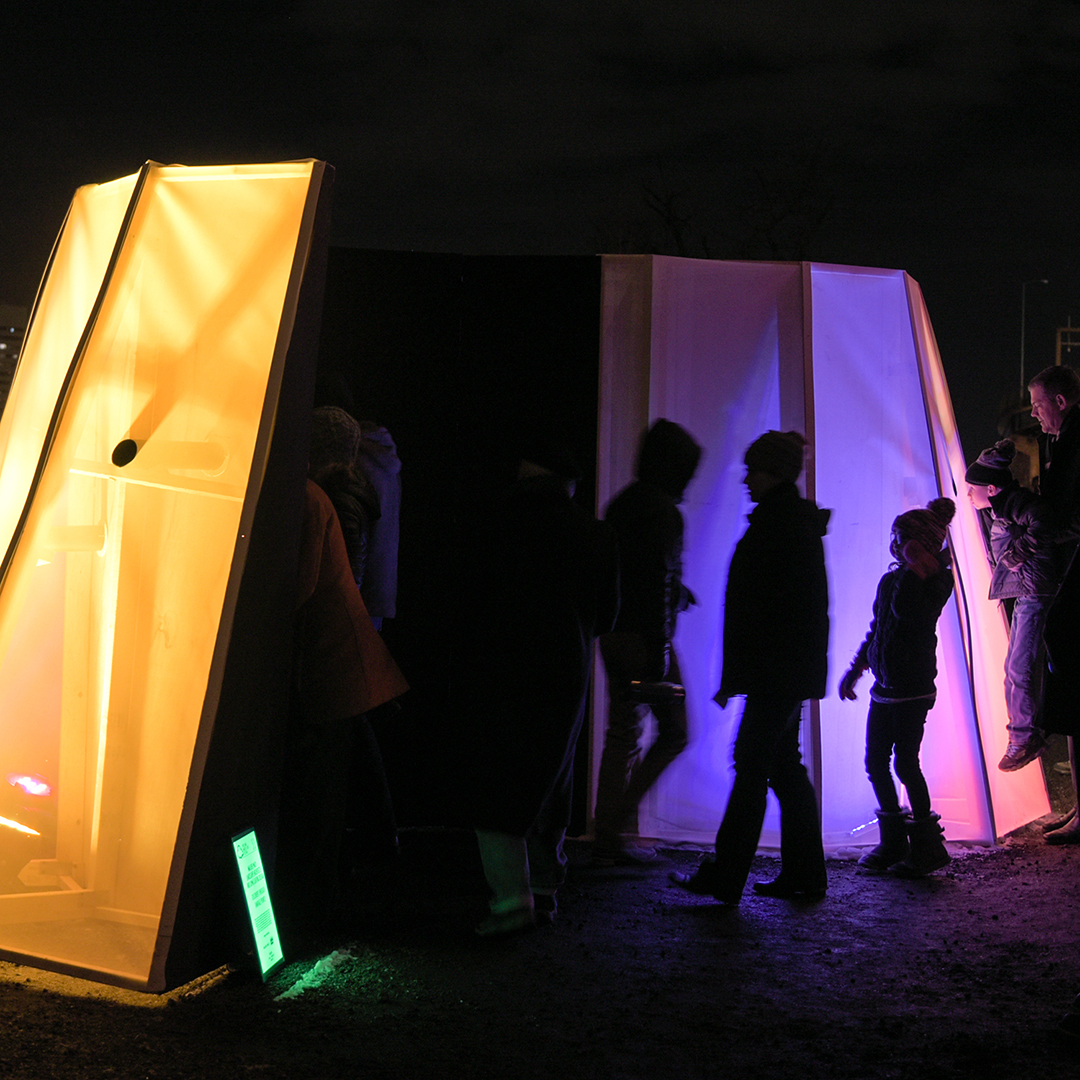 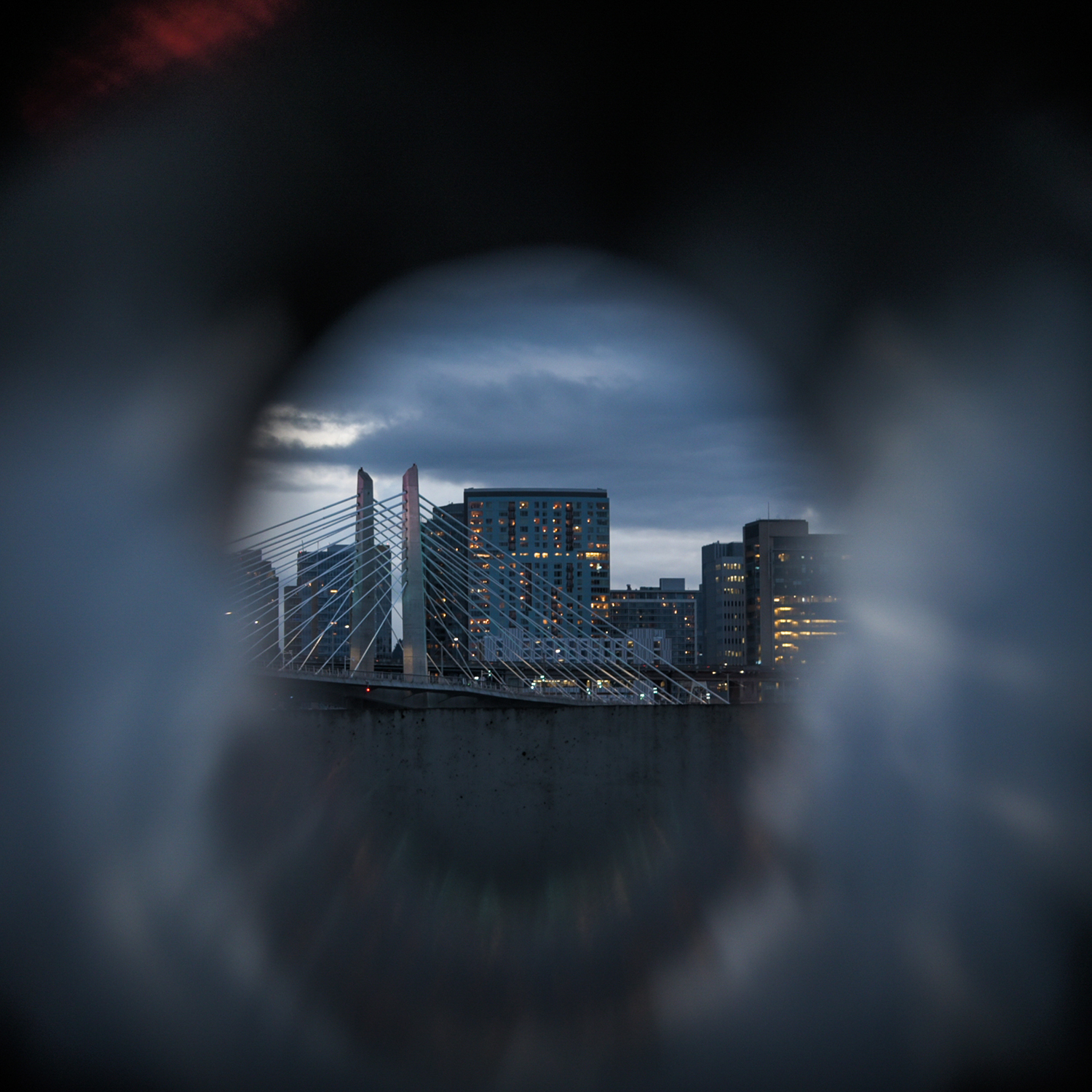